Kelly, a child psychologist with a Ph.D. from Northwestern University, recently started a new job as a user research specialist with an educational technology company in nearby Glendale that makes apps for kids, and Frank figured that—despite his deep Chicago roots and love of deep dish pizza—he probably should go along with her.

The good news is that, although we’ll miss Frank being in WFC’s Chicago headquarters every day, the digital nature of our business means he can still do his job from the West Coast. In fact, I’m told that Frank’s new apartment features a sleek loft office space that will effectively become WFC’s new West Coast outpost, allowing him easy access to prospective clients in Los Angeles, San Diego, San Francisco, and—hopefully someday—Honolulu, among other cities in the region.

Here are 10 reasons to be excited about Frank’s western migration.

All joking aside, I’m very excited for Frank and Kelly and this exciting chapter of their lives. I think it’s a great move for them professionally and personally. If you know of any SoCal financial services companies that Frank should connect with—or any L.A.-area restaurants he should check out—send Frank a quick note at frank@wentworthwriting.com or @FaKalman. 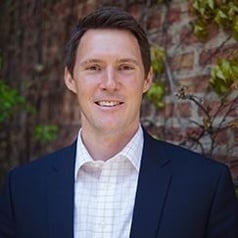 Scott Wentworth is the founder and head financial writer at Wentworth Financial Communications. Although Scott would never leave WFC, now that the managerial job of his favorite baseball team, the St. Louis Cardinals, is available, Scott wants it to be publicly known that he would be willing to take up the job on a part-time basis.